Bird has been present for at least 10 days. Italian Sparrow is now considered a separate species from both Spanish and House Sparrow
Posted by Lee G R Evans at 15:07 1 comment:

On Sunday morning (18 August), Devon birder Tom Whiley was fortunate enough to stumble upon an adult RED-BILLED TROPICBIRD whilst photographing Gannets and Great Skuas passing close inshore off Pendeen Watchpoint. The bird was lingering very close inshore, even flying back and forth, Tom being able to take an enviable number of photographs - at least 6 of which are of a reasonable quality - and two of them are excellent.Working from the sequence of shots, it seems the bird was on view for only a maximum of 25 seconds just prior to 0841 (and not several minutes as had previously been believed), before eventually drifting off west and out into the Atlantic (initial timings were incorrect and time is based on camera reading). After realising the enormity of his sighting, Tom walked back up the rocky incline and slope (he had been down at the water's edge) and showed a few of those by the lighthouse wall his images. He then shot back up to his car at the top and informed John Swann of his find - meeting John at Carnyorth and driving down to Carn Gloose in an attempt to relocate it. John Ryan was at the site also but despite their best efforts, the bird was not seen again.

It represents the first record for Mainland Cornwall but follows a record of an adult photographed at sea 32kms SSE of Scilly on 7th June 2001 (plate 282 in British Birds 95: 480) and another reported from the Scillonian on 29th March 2002, seen subsequently off The Lizard on 21st April 2002 (British Birds 96: 549). One was also reported flying past Old Head of Kinsale (County Cork) on 8th September 2009, whilst an adult was seen off Guernsey (Channel Islands) on 16th September 2001.
Posted by Lee G R Evans at 09:45 No comments: 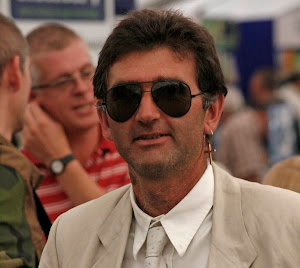